Why robots are an accountant’s best friend 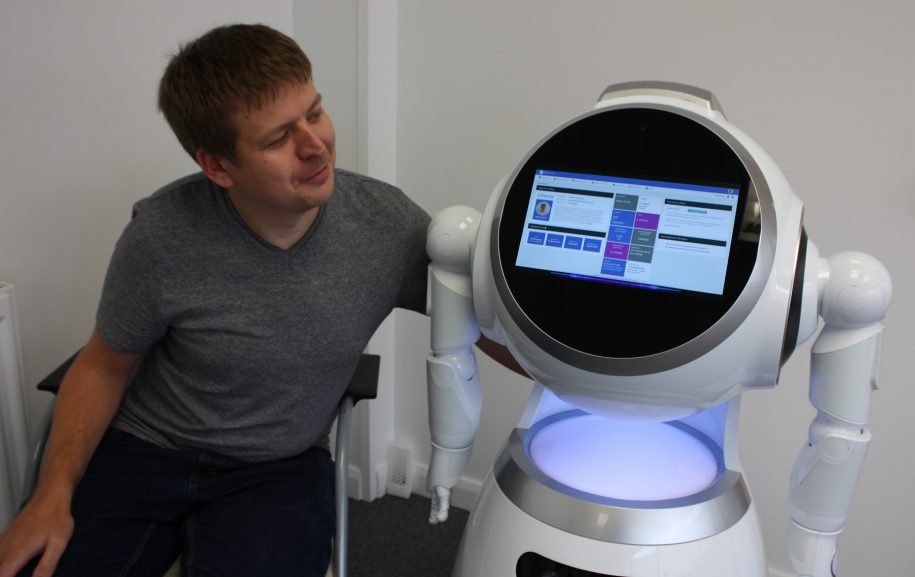 Posted by Gareth Salomon on October 18, 2019 | Featured
If you like this article, please let others know...

Fear and loathing in accountancy

Over the last decade or so, there has been a slow crescendo of opinion pieces and comment discussing the future role of the accountant – given the rise of robotics and artificial intelligence (AI) and its effect on the accounting industry. At one end of the scale, many industry observers had predicted a complete apocalypse – with the working life of the accounting professional ceasing to be. At the other end of the scale, reported to a lessor extent for obvious reasons, were the disbelievers – the commentators that refused to believe that the accountant’s day-to-day role would change at all.

So, now that the original “future” is here, what is the current state of play?

Well, it is clear that there has been no overnight apocalypse of the accounting industry. I recently discussed this topic with Mark Lee of the Tax Advice Network. I noted that ‘as more and more clients come into contact with accountants that ‘do more’ for them (via the ever-increasing number of great apps and tools) they will expect this extra value as standard from all of their future advisers. So the industry shift will change one client at a time as those clients experience accountants that provide services that they want rather than just what they need to comply with reporting requirements’.

An analogy that I like to give regarding the comparison of the traditional accountant and a AI-powered cloud-based accountant is the progression from the horse and cart to the modern day car. When the first cars came into production, not everyone went straight out and bought one. After all, regardless of which method of transport you used, you could still get from A to B. Of course, it would have been significantly faster to travel by car – but not everyone was concerned with speed. At the time, there would have been a lot of questions asked regarding the safety of cars, ethics and the loss of jobs in the blacksmith and carpentry industries (although, of course, new jobs would have been created in the car manufacture industry). A legitimate and necessary side product of new concepts and technology is fear of the unknown. It is only through knowledge and understanding that we can push that fear aside and, if appropriate, clear the way for the actualisation of progress.

Compare the horse & cart to car analogy to compliance work carried out by an accountant. Traditionally, accountants used ink and paper to write up ledgers and final accounts. Then came typewriters. With the advent of computers, most then gradually moved over to spreadsheets and early desktop accounting packages. This change resulted in a lot of efficiencies in terms of the accuracy of information and the ability to speed up the compliance process. Of course, not everyone moved across to desktop accountancy packages straight away – despite the obvious benefits in doing so.

A legitimate and necessary side product of new concepts and technology is fear of the unknown. It is only through knowledge and understanding that we can push that fear aside and, if appropriate, clear the way for the actualisation of progress.

There is no doubt that modern day cloud-based accounting packages and tools, such as Xero, Receipt Bank, Accountancy Manager etc, have sped up the compliance process further. The machine learning built into Xero (e.g. automatic bank feeds and expense categorisation, for example) means that we and our clients, as humans, spend a lot less time inputting data.

However, where a client commissions us, as accountants, to take care of all the bookkeeping for them – the accountant still has a choice in type of system to use. She could use a cloud based package, a desktop package, a spreadsheet or even pen and paper. The accountant would get to the end result (i.e. a final set of accounts and tax return) – regardless of the bookkeeping method used. Now, depending on the nature of the client’s records, one method may be faster than the other. However, the client would see very little difference in the final product received. From the accountant’s point of view, of course, the cost of labour required to carry out the assignment could vary dramatically depending on which method was used.

Given that, generally – when used correctly, AI powered cloud bookkeeping packages reduce the labour cost in preparing accounts, the obvious assumption to make is that the fees charged by accountants will also reduce – as more and more accountants undercut the market in order to stay competitive. I would certainly argue that this is, in fact, already the case – and it is only likely to continue further as AI related technology reduces the amount of clicking and keying in needed to get to a final set of accounts and tax return.

But what about the effect of AI on the “advisory” side of an accountant’s role?

Well, this is where things get more interesting. AI has been built into many advisory solutions for accountants already – for example, cash flow forecasting products that learn patterns of expenditure based upon actual data in order to predict future cash flows. Here at PF Director, we have developed an algorithm that sifts through all of the financial and non-financial data recorded about a client and predicts areas where they can make beneficial changes going forward – such as cash flow improvements and tax planning opportunities. 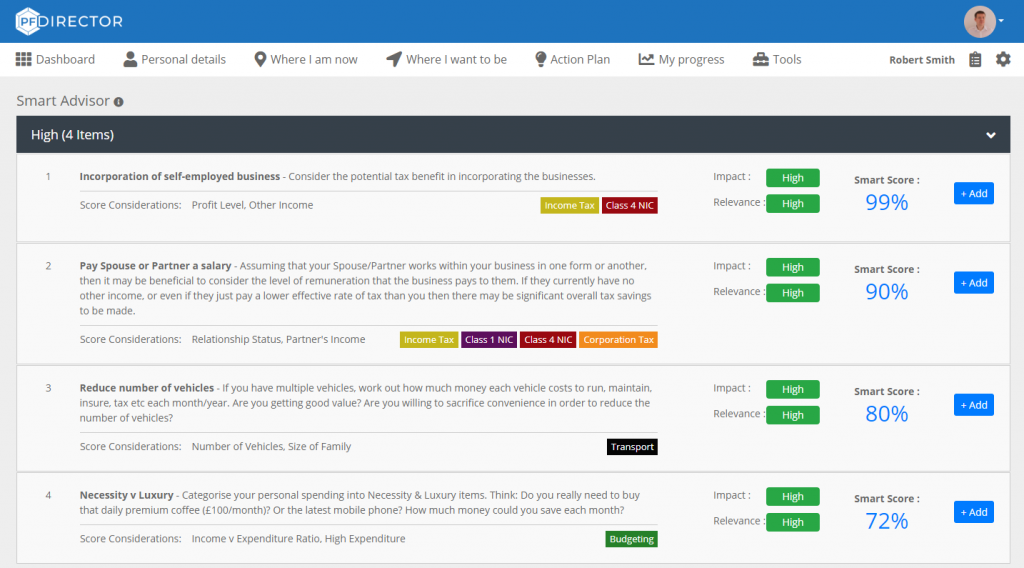 However, from the point in time that we started to develop PF Director, it has always been clear to me that any AI built into our software would not replace the need for a human adviser. It is my view that, in our lifetime, there will always need to be a significant element of human validation of any “knowledge” that is output by a machine. For example, PF Director detects whether your client would benefit by  incorporating their business. We have programmed in various considerations (such as profitability, other income, personal cash flow requirements, % ownership, personality of the client etc) that allows our software to generate a “Smart Score” which measures the impact and relevance of this particular piece of advice to your client. However, the score is intended for your consideration only (as adviser), as we understand that there may be other unique factors for a particular client which makes incorporation undesirable (e.g. the recent death of a family member and the administration burden of incorporation being too much for the client to think about change of business structure in the medium term). It would be extremely irresponsible of us to computer-generate advice and provide it directly to the client without a final human filter.

I believe that the use of AI in advisory products and solutions will only benefit and strengthen the adviser-client relationship. Of course, the new ability to automatically generate meaningful and predictive information through the silent processing of “big data” behind the scenes will change the adviser’s role slightly – but I would argue that the role will change for the better. By that, I mean that the adviser will spend more time talking to the client, building a stronger and more rewarding (in all senses of the word) relationship with much less emphasis on time-consuming exploratory work online and in text books.

So that is why robots are an accountant’s best friend. 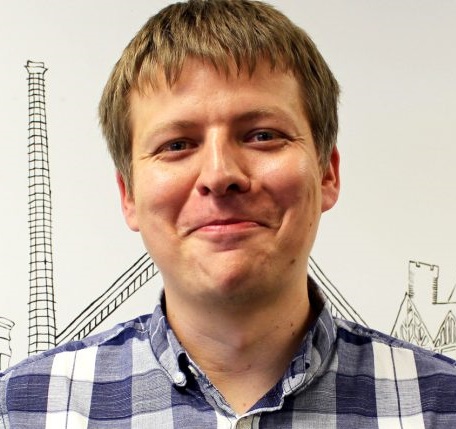 If you like this article, please let others know...
Comments are closed.